THE RISE OF THE FREELANCER 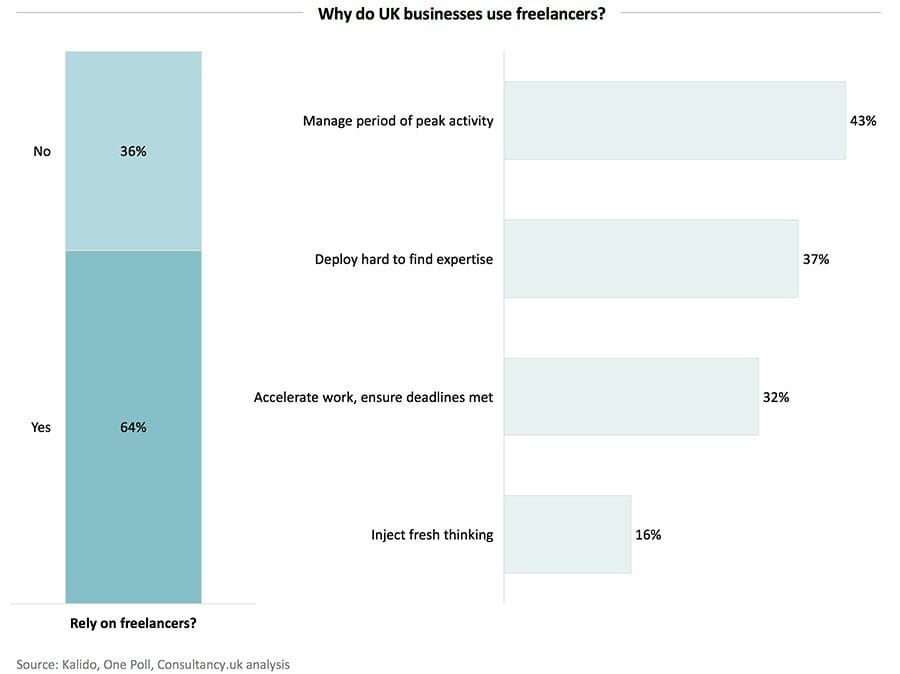 In recent years the creative workforce has seen a significant shift, with more and more people deciding to abandon traditional working hours for the flexibility of freelancing. The media sector in particular has seen freelancing employment grow by 103% in the past ten years, as well as an expansion on the range of freelance occupations it offers.

With the huge boom in self-employment and freelance workers, the national unemployment rate has fallen to 4.1%, the lowest that it has fallen to since 1975. Recent research conducted by the Association of Independent Professional and the Self Employed (IPSE) dictates that approximately five million people in the UK are self-employed, with freelancers encompassing 42% of that population; 6% of the UK workforce as a whole.

In economic terms, Freelancers contributed a massive £119 billion to the UK economy in 2016 with that number increasing year on year. With the economic uncertainty of the Brexit era, freelancers are poised to play a crucial role in the UK workforce. Peter Johnson, Lystable founder and CEO, told Forbes that companies such as Google and ASOS are currently sourcing 50% of their UK-based workforce from freelancers. The freelance workforce allow businesses to hire skilled talent with far less financial risk attached, and due to the rise of technology businesses, can acquire talent from around the world.

Kalido, a professional networking and marketing app, ran polls to determine the impact of freelancers on the workplace. It showed that a staggering 64% of companies admit to relying on freelancers, with 43% of them saying they leverage them to manage periods of peak activity. This means freelance employees can often accelerate work rate when a project is on a tight deadline. Hiring contractors allows companies to increase headcount as and where is needed, saving on full time employee costs in the offseason.

Interesting, 37% of respondents in the Kalido poll said they primarily engage with freelancers in the pursuit of hard-to-find expertise. For example, the demand for experienced animators within the media industry has increased, though is often a seasonal or project based requirement. Hence, the demand and necessity for freelance animators.

Our Freelance department has recently been booming, filling many positions across broadcasters, production houses and creative agencies alike. Ian and Georgia have noticed an increase in demand for skilled animators, motion graphic designers, editors and production staff, with larger companies requiring skilled talent (armed with multiple softwares) for specific projects. Our Freelance department manages a large number of Freelance workers and has considerable experience in the media sectors. Ian worked as a Graphic Designer for many years and has an eye of finding reliable and creative freelancers, while Georgia focuses on the edit and production side, providing multitalented freelancers to a multitude of clients.

If you require any Freelancers for upcoming projects, you can contact Searchlight Freelance directly here to help you with your search.