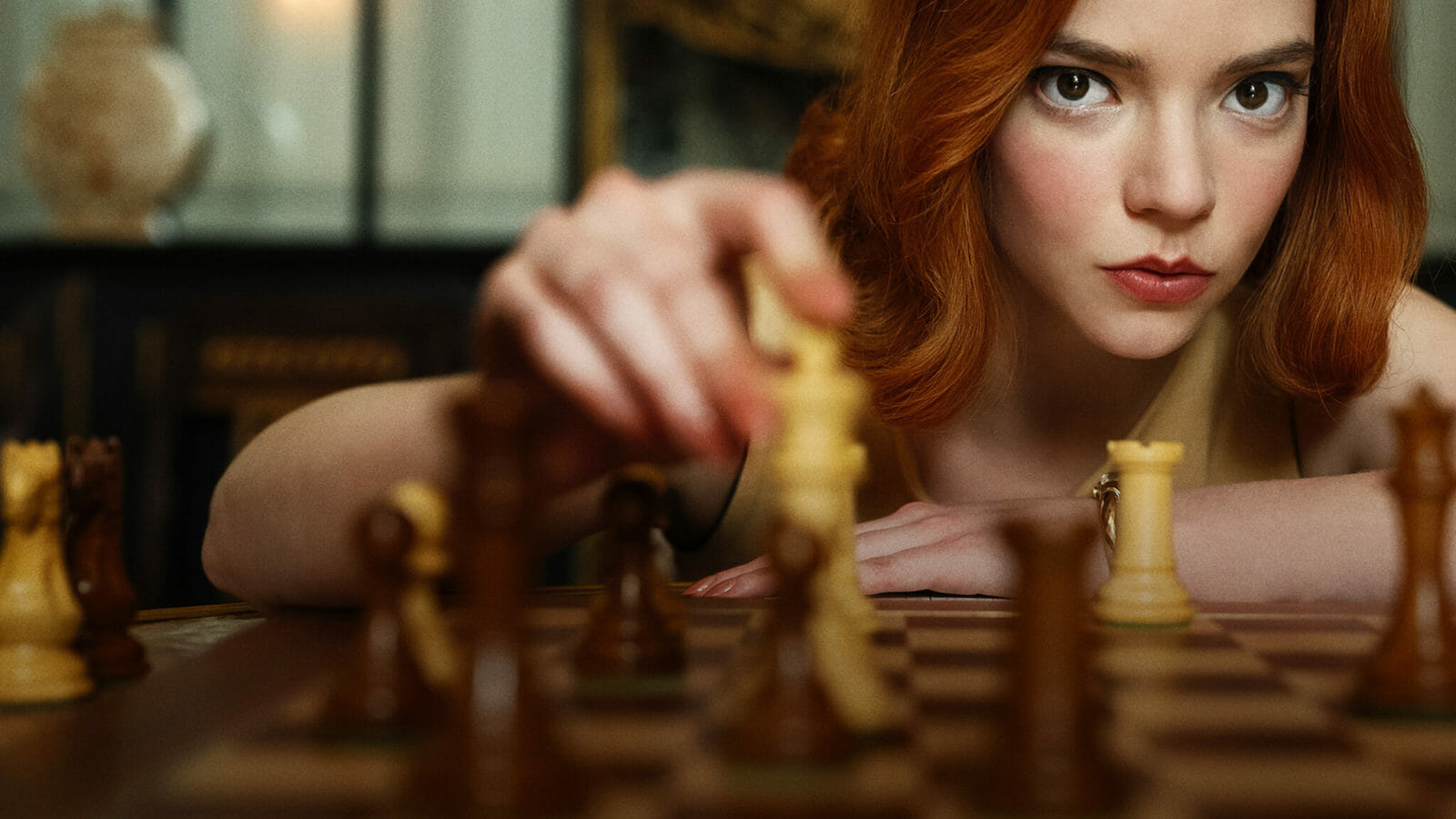 As of late, Netflix has been taking a scattergun approach in greenlighting shows. There seems to be new, Netflix produced, content every other week with so many just passing by without much of a word. From fantasy / sci-fi epics such as The Umbrella Academy, to crime dramas like Ozark, they produce so much, and only a few breaks into the zeitgeist. Enter, The Queen’s Gambit, an unassuming show, outspoken and quiet, but alluring and captivating, much like its lead.

Beginning in the late 1950s, moving through the 60s, this is the story of Beth Harmon (Anya Taylor-Joy), an orphaned girl who quickly learns she has the talent of chess. Despite her natural ability, it comes at a cost, she can only play well when she take tranquilizer pills, something she becomes addicted to almost immediately.

At first glance, it is an unusual, and perhaps not an immediately engaging premise. Mixing tales of drug addiction, chess playing and adolescent discovery is a unique narrative cocktail, but it pays off. It moves from scene to scene with the same intensity as any other sports story, more in common with Rocky than anything else. Watching Beth rise through the ranks of chess, as we discover and learn the game with her is a joy.

Beth isn’t without her faults however, as she is not just discovering chess, but also herself in an isolating and lonely upbringing. Shy yet determined; she slowly comes out of her shell and into the wider world. The part just wouldn’t be the same without Anya Taylor-Joy playing it, coming from films such as The Witch or Split, she is familiar with outsider roles, but this is her greatest and most dynamic performance to date. Aided by a cast and crew clearly giving it their all, there is so much creativity and enthusiasm in front and behind the camera, it’s a breath of fresh air.

The ability to make chess engaging to watch for a wide audience, not only that, but make it cinematic, is a feet to behold. Showrunners Scott Frank and Allan Scott deserve the praise they are receiving. Their choice to make this a limited series gave them both the flexibility of television with the narrative urgency of film. Too often shows get bogged down by pointless subplots or character arches stretched into oblivion, this avoids that.

This is hard to not enjoy, and despite the fact it wades into sentimentality near the end of the series, it never distracts itself from its own purpose. Entertaining and uplifting, this is a crowd pleaser that does its job very well. For anyone’s next binge watch, this is a clear choice.