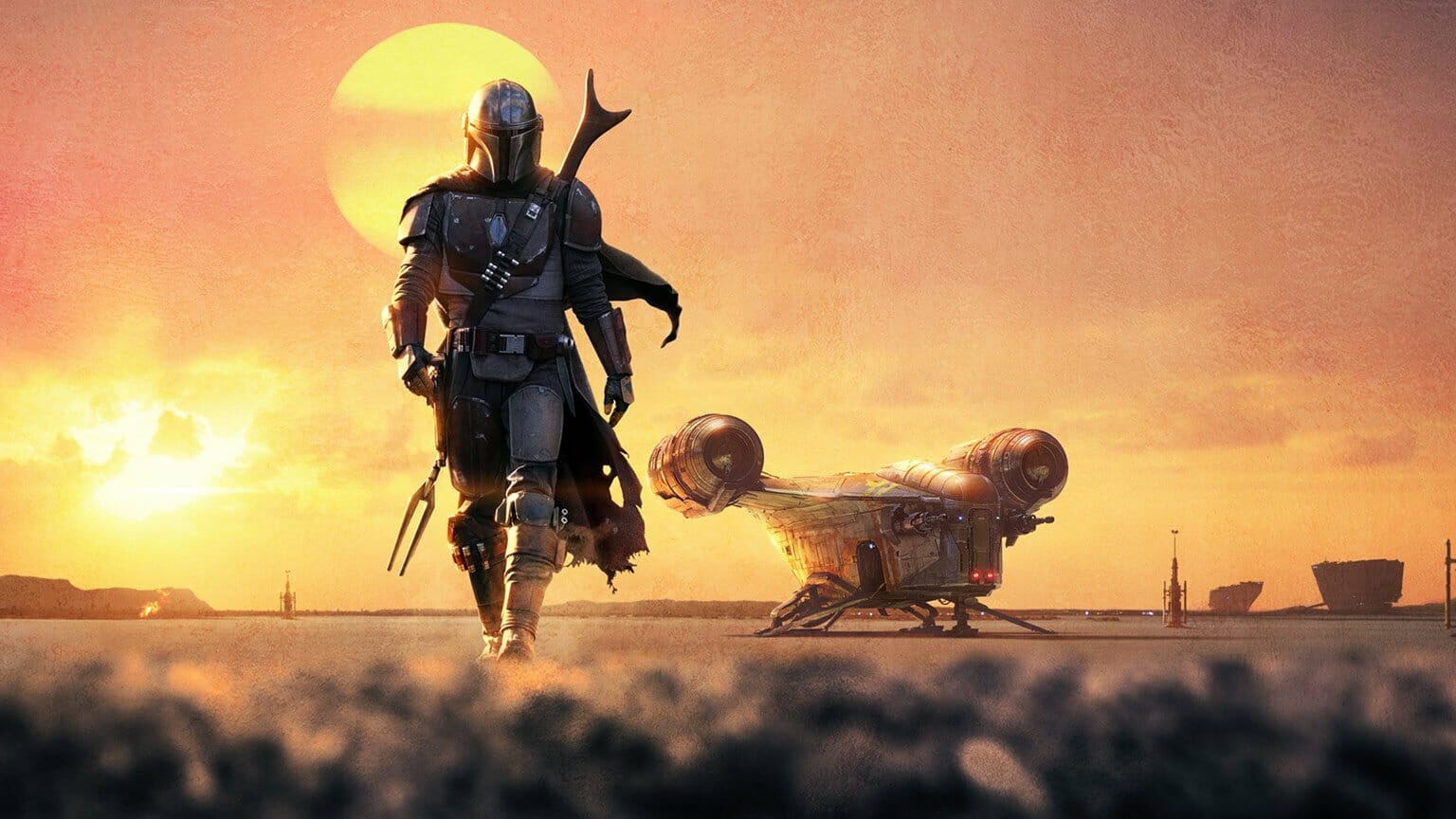 The Mandalorian is a strange beast. As the first live-action Star Wars TV show, following on from the successes of the two animated shows (The Clone Wars and Rebels),it bears a great weight on its shoulders.  The first season came at the time when the new Disney produced ‘Sequel Trilogy’ was coming to a close, and Star Wars, for the first time since its debut in 1977, was heading into a great unknown. It seems more likely that this is the new face of the franchise, and that is no bad thing.

Putting the divisive new trilogy to one side, The Mandalorian can be viewed completely independently, both for fans of the franchise and new comers. With its episodic structure, while maintaining a narrative flow, it feels like something of a throwback to the filmmaking era Star Wars was born in.

Set just 5 years after the events of The Return of the Jedi (1983), The Mandalorian follows a man who carries that title with honour and turmoil. His cyclical life of bounty hunting is abruptly halted when he is asked to deliver a child to an unknown fate. Seeing more of himself in the child than he cares to admit, he protects him and seeks out where he came from.

The show has quickly proved to be a massive success, breathing new life into the franchise and providing a glimpse into a different side of the universe. Anticipation for Season 2 was palpable, and it did not disappoint. This is perhaps the most exciting and explosive chapter yet. Hunting down a giant worm, this is more Dune than Star Wars, and it’s perfect.

The story continues exactly where it left off last year, but with the added benefit of more of a narrative focus for our characters. Their goals are now singular, and it creates a real sense of urgency and tension. The action is a joy to behold and the characters all bounce off one-another with a wonderful light-heated tone that screams classic Star Wars.

Most importantly, however, it is fun. At just under an hour an episode, you quickly become lost in the adventure, enjoying its wit and wonder from a land so different than our own, but just familiar enough to be understood.  With its knowing nods to genre-fiction, from spaghetti westerns to serial adventures, its wears its influences on its sleeve with such confidence you can’t help but admire it.

Growing up, I loved Star Wars, I watched all the prequels at the cinema, all the originals at home, and I played the games and bought the toys. Over time I’ve moved on, but kept a curious eye on the franchise. But now, it’s great to say I am a fan again.