The Legacy of Daniel Craig’s Bond 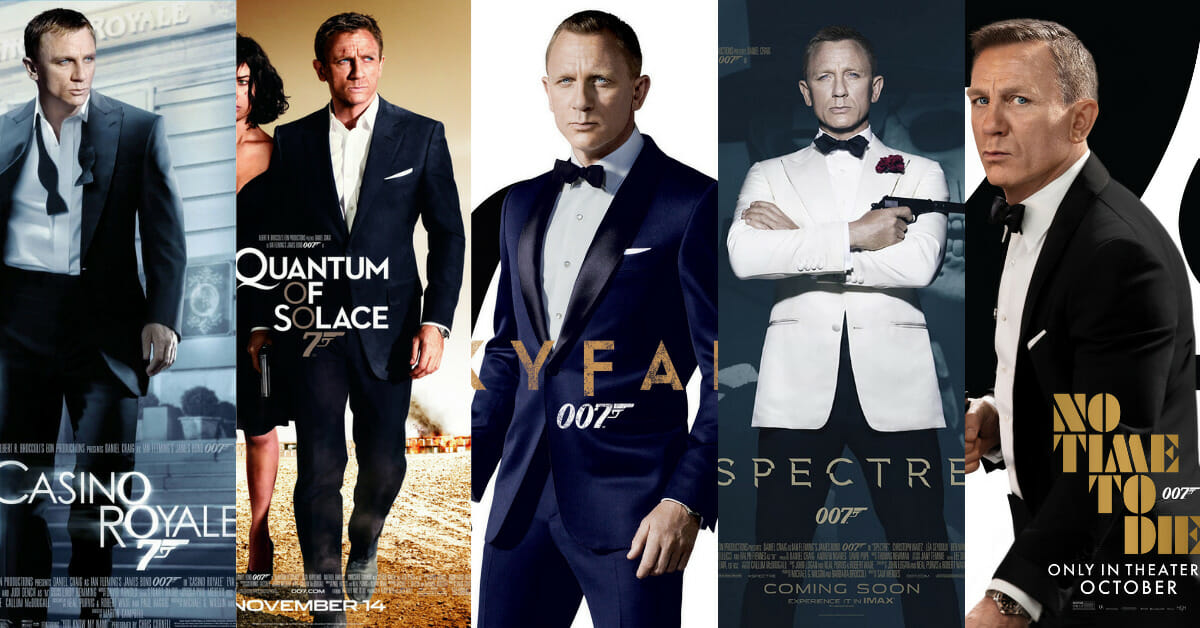 When you think of James Bond you picture a tall, middle-aged, brunette man. With its soft reboot back in 2006, we saw that all change with Daniel Craig. Suddenly we had a short, young, blonde man creating waves that changed how we looked at the character. They set out to create something that stood alone amongst a sea of action movies whilst still in keeping with the themes we knew and loved. It was stripped of the flashy gadgets and underdeveloped roles for women. Instead, replaced with a lot of subtlety and maturity with fleshed-out characters we could root for. We had a James Bond living in the real world. Throughout this article, I will be exploring each of Craig’s outings, reach a conclusion on his performance, and finally where they can go with the character in the future.

This was Craig’s first venture donning the Bond mantle and it started with a bang. We had memorable, big blockbuster set pieces mixed in with gripping dialogue that instantly put Craig in the running of which Bond was best. They were able to have us on the edge of our seats whether he was shooting up an embassy or playing a game of poker. Not to mention finally having a Bond girl who wasn’t just there for eye candy, Eva Green’s performance set a precedent for how a woman should be represented in these films.

After the success of Casino Royale, we got our next instalment of Bond action just two years later. While it struggled to meet the expectations Casino Royale had set, there were a lot of interesting moments that have stopped this film from becoming just another forgettable action movie. Daniel Craig’s performance is as good as ever and we get to see a lot more of M which was very welcomed after feeling quite side-lined in Casino Royale. Together they have amazing chemistry that adds some much-needed comic relief. Unfortunately, while Craig’s performance was stellar as always, he was let down by a script that didn’t allow for a lot of the character we had seen previously. His adaptability for any situation had gone and instead his answer to all problems was to simply shoot his way out.

After four years of waiting for a new Bond film, we finally got Skyfall in 2012. With an audience eagerly awaiting, they were allowed to skip any introductions as to who he is and jump straight in with a much more personal story that had you siding with Bond in a way you weren’t used to. Skyfall showed him as more than just a womanising assassin. At the start of the film, he is shot and brought down to the lowest we’ve ever seen him. When he finally returns, he isn’t the man he was before, he had lost all his suave sophistication and is replaced by someone who can’t even shoot a target. This mixed in with his mission to protect M from the man trying to kill her, made this so much more personal for 007 and us as the audience.

Spectre felt very classic Bond. It seems they tried to make something that felt very familiar and yet not just a carbon copy of what we had seen before. In this story, ‘OOs are becoming less essential for MI5 and so Bond has to go out on his own after a deceased M leaves him a message from beyond the grave. The further he delves, he realises there has been someone in the shadows affecting his whole career and the people around him. We get some memorable action sequences we have come to expect and a villain no one saw coming. Like Skyfall, it’s a story that felt very personal. With the reveal of Christoph Waltz’s character, we had a villain we could understand and see their reasoning, something which often falls short in Bond movies.

No Time To Die

No Time to Die concludes Craig’s tenure in the only way it knows how, plenty of action, lots of romance and a genuinely terrifying villain that leaves you feeling uncomfortable in every scene. The film starts with the classic Craig trope of Bond coming out of retirement for one last mission after being bombed by Spectre. This sends him on another globe-trotting journey to stop a mysterious villain from using a nano-tech virus from destroying the world. The villain is up there with the best we’ve had in the series and you genuinely feel his side of the story whilst others have felt quite two-dimensional. Bond has much more to deal with in this film than we’ve seen before, he’s coming back to a job that has moved on without him. Even having a new 007 with skills to rival his own. Along with this, Bond has settled down. He has a child in the middle of it he must protect at all costs. This leads to an explosive ending that would’ve been hard to guess and leaves us with a bitter-sweet feeling knowing we won’t see Craig’s Bond again. The films we had were excellently made and won’t be forgotten for a long time.

Bringing Bond back in 2006 with this whole new attitude was the best decision they could have made. So many franchises refuse to change and decide to release films which have a similar theme. With Daniel Craig, they felt separate enough from the previous actors, there could almost be two different characters. This makes it difficult to compare to his predecessors. Everyone has their favourite Bond, for so many people Craig is the only one they’ve seen released in cinema, making him so popular and just one of the reasons he will be remembered for his performance for so many years to come. Coming out of the Daniel Craig era, opens them up to take the character into new directions, with different people playing the role. The call for Idris Elba over the years has proven people want the best person for the job over tradition, and if there was ever a time it’s now.