THE GREATEST SHOW ON EARTH 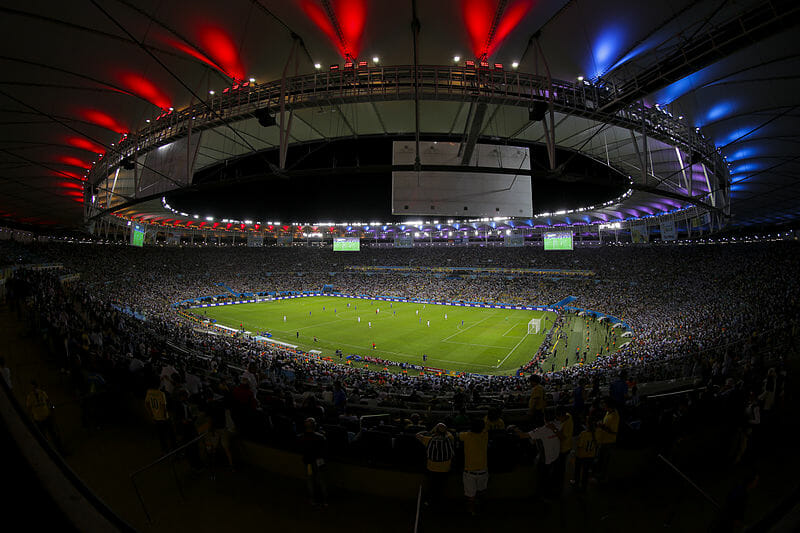 It’s finally here – the greatest show on earth. The World Cup continues to be an incredible spectacle; full of surprises, upsets and moments of pure madness. On the day of the first match between the hosts Russia and Saudi Arabia, we’re going to look at the viewing figures behind the cup and the value of advertising during the tournament.

From the stats, it’s easy to see why the World Cup makes such an impact. The 2014 FIFA World Cup reached a total of 3.2 billion viewers across the entire tournament, with one billion people across the world watching the final. In Britain, more than 20 million viewers tuned into the match between Germany and Argentina which was which was simulcast on BBC One and ITV. The broadcasting honours are split between BBC and ITV again this year, with 4 games being aired on one day. Meaning that you will be able to watch over 10 hours of football on the 16th June.

There’s already been some exceptional campaigns, namely the one that focuses on Andrea Pirlo and the fact that Italy didn’t qualify. In the advert, McDelivery and Uber Eats aid the world cup winner in his quest to find a team to support at this year’s tournament. China are another team that haven’t qualified but Chinese brands will account for more than a third of the estimated $2.4 billion in worldwide advertising spending, showing how significant the tournament is across the globe.

The FA and ITV tested new technology  that enabled regional advertisers to virtually augment themselves over existing in-stadium perimeter ads during match broadcasts. During the England v Costa Rica warm-up game, the perimeter ads at the stadium were UK-specific. However, during the broadcast, Virtual Replacement Technology delivered new augmented regional ads on a feed going to the Americas and on another being fed to Asia, Australasia and parts of Europe.

The World Cup fever has truly hit, with video game add-ons, sticker books and in some cases, channels completely changing their programming for the event. The History channel adapted its programming for two weeks in this year’s run-up, showcasing historical documentaries, interviews and more, proving to be the channel’s biggest-ever programming initiative.

We hope you’re looking forward to it as much as we are, even if you didn’t get who you wanted in the sweepstake.