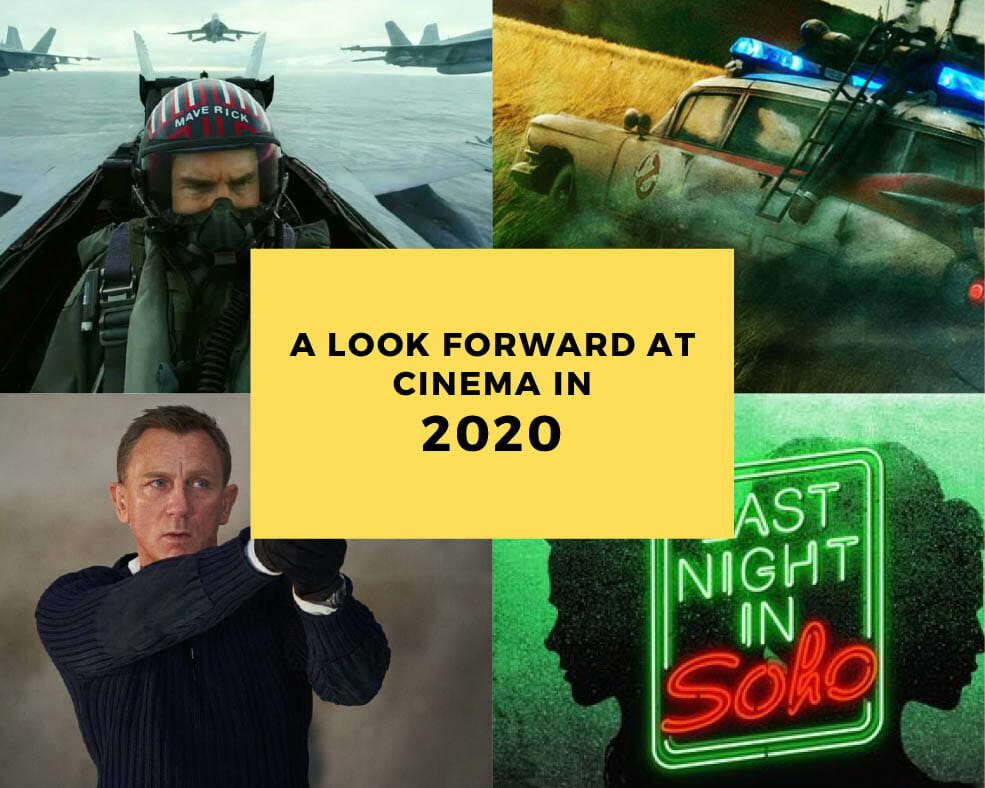 2020 will be a great year for cinema, this much seems clear. The catalogue of choice across traditional media  to streaming at home has never been richer or more varied. Last year, we saw an obvious winner at the box office, and indeed for some, in our homes – Disney. Dancing all the way to the bank with an $11.1bn haul, if revenues were a competition, Disney would have taken first prize, gone home, and watched a couple of films (courtesy of Disney+). It looks unlikely they will dominate to the same extent this year, but that doesn’t mean they won’t give it the old college try.

Regardless of who comes out on top this year, lets take a look at some of the most exciting, intriguing and most-anticipated films of the year.

Bond is back… again! After years of development struggles, director changes, casting questions and composer bailouts, we are finally getting the original superspy back on the big screen. This time James Bond (Daniel Craig) has retired and given up the 007 mantle, seeing a new operative take the moniker (Lashana Lynch). While we have heard this before, Daniel Craig has confirmed this will be his last performance as Bond. Directed by Cary Joji Fukunaga (Beasts of No Nation, Maniac), this looks like the send off Daniel Craig’s Bond deserves.

4 years ago (yes, really), we saw the release of Ghostbusters, a remake of the beloved 1984 original. Please ignore that. Now we are getting the threequel fans have been begging for since the first follow-up in 1989. Without the late Harold Ramis (Dr. Egon Spengler), the tone looks set to be very different from the 80s classics. Now we follow, supposedly, his children as they learn about their family’s past and become the next generation of Busters.

Over 30 years has passed since we last saw Tom Cruise suit up as the now iconic Maverick. Now a veteran test pilot, he is trying to avoid the advancement in rank that would ground him. Cruise is teaming back up with director Joseph Kosinski, who he previously worked with in 2013’s Oblivion. He will also he re-joining Christopher McQuarrie (Mission Impossible 5, 6 and soon 7), this time helping out with the screenplay. Hopefully this will be the return to form original fans crave and a chance to join the ride for newcomers.

Edgar Wright’s latest, following his success with Baby Driver, The World’s End, Scott Pilgrim vs the World, etc. Now, Wright is moving away from his comedy roots with this psychological horror. The plot has been kept under wraps, but we do know it centres on a girl (Anya Taylor-Joy) who can mysteriously travel back to 60s London, where a sequence of chilling events unfold. Possibly the most intriguing film of the year, especially considering the talent behind it. Definitely one to watch.

55 years in the making, if you ignore David Lynch’s less than desirable attempt back in 1984 (to his own admission), Dune is the original template for modern science-fiction. Taking place thousands of years in the future, we follow Paul Atreides on a journey from young heir to a great House, to leader of nomadic tribes on Arrakis – Dune – Desert Planet. The cast boasts an impressive line-up including Timothée Chalamet, Rebecca Ferguson, Stellan Skarsgård, Oscar Isaac, Charlotte Rampling, among others, led by director Denis Villeneuve (Blade Runner: 2049, Arrival).