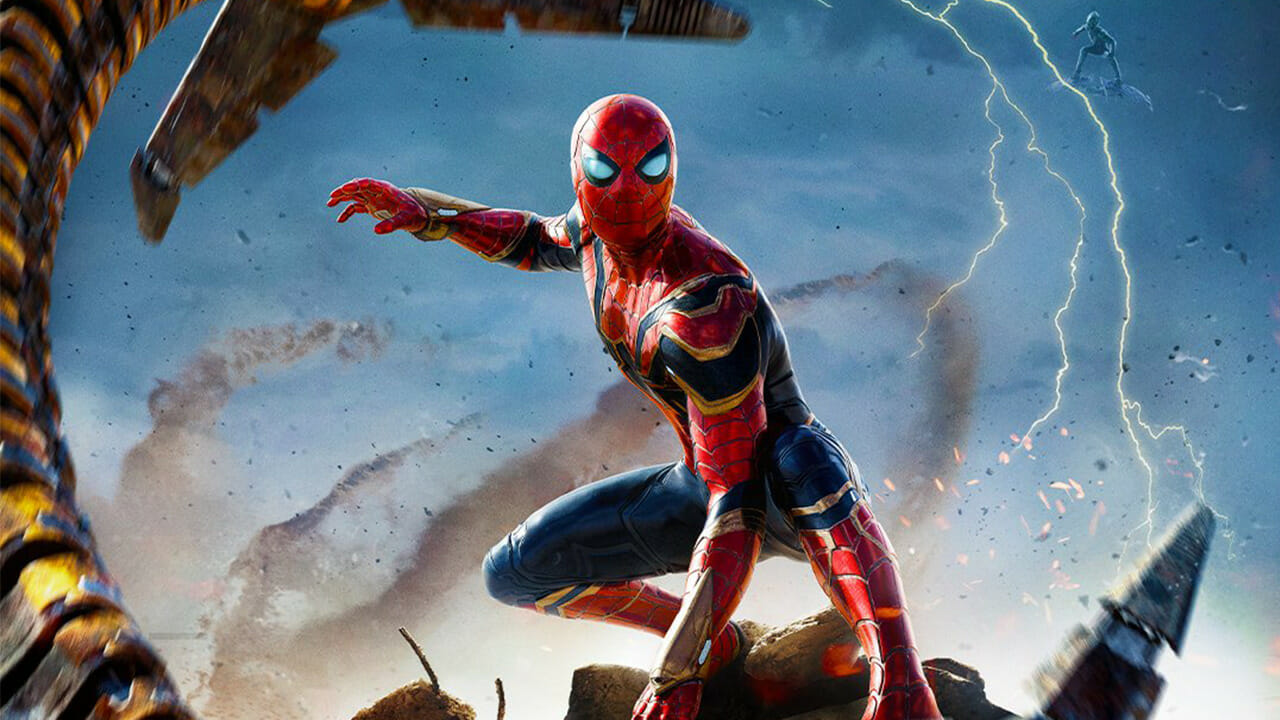 Spiderman has exploded back onto our screens this festive period and we couldn’t have asked for a better pick me up during these very troubling times. Set to break box-office records, we can thank Marvel this year for breathing life back into our cinemas, with No Way Home having the third biggest cinema opening of all time and already raking in well over $585 million.

The film features the elements that fans have come to expect from Marvel, stand out humour, excellent character development and a beautiful musical score. Jon Watts returns as director, bringing his bright, light-hearted and slightly dorky touch to round off a great trilogy. However, this Spider-Man outing hit differently from the rest of the homecoming saga. Tom Holland gives his best performance to date, coupled with a stand-out cast of nostalgic fan favourites from Willam Defoe’s Green Goblin to Alfred Molina’s Doc Ock.

No Way Home takes heavy inspiration from the hit film Into the Spiderverse, where it doesn’t quite live up to its animated counterpart. Screenwriters Chris McKenna and Erik Sommers very much had a more-is-more approach to the film, hoovering up a plethora of memorable lines from past movies and serving them with a flourish to the audience. However, the film is a good deal of fun and a must-see for many reasons.

We start the film picking up from the end of Spider-Man: Far From Home, where Mysterio has revealed the identity of the ‘Masked Menace’ to the world. The film jumps straight into the life Parker now faces, leading him to visit Benedict Cumberbatch’s Dr Strange for help, Cumberbatch again proving his best superpower is his sarcasm. Parker requests the help of the magician to make the world forget SpiderMan’s real identity, as the spell goes wrong and the multiverse is opened it opens the door for the classic SpiderMan characters.

The standout villains to be brought back are the Green Goblin and Doc Ock. Thanks to Marvels digital de-ageing technology, Defoe and Molina look pretty much identical to when they played the roles well over 15 years ago – mostly. As is to be expected with Marvel films the CGI often can look unfinished/rough from certain angles. The visual effects in general are an improvement from Far From Home, this time avoiding the heavy use of CGI and focusing on grittier more realistic action scenes, featuring hand-to-hand combat allowing for a more practical and visceral experience.

One noticeable difference is Hollands performance of the character in this outing, after facing the loss of his uncle, mentor in the form of Tony Stark and the betrayal of his supposed friend Mysterio, we see a much more tormented Parker. This time around Holland can portray his dramatic acting talents, more than just his effortless likability. Met with difficult moral choices and struggling to realise who he wants to be, we see Holland taking the character to a much darker and emotional place than the audience is used to.

This time around the camera work is slicker, reminiscent of The Amazing SpiderMan films, the dialogue is quicker and better written, similar to the work of the Russo brother for the most recent Avengers outings. This film truly sets up Holland to become the new face of the Marvel Cinematic Universe.

If you haven’t seen the film yet we suggest you stop reading here.

The rumour mill has been churning for over a year now, many fans hoped that Toby Maguire and Andrew Garfield would reprise the mantle of Spider-Man, both spending this year vehemently denying their involvement. It’s safe to say the audience burst into loud celebration when this turned out not to be the case. Both Maguire and Garfield did an excellent job reprising their roles, Garfield brought more enthusiasm and life to the character than in either of his films and Maguire a more mature and responsible SpiderMan, managed to capture why audiences fell in love with his iteration all those years ago.

The interaction between Holland, Garfield and Maguire’s Spider-Men is something that will bring joy to many fans, the three actors interact as if they’ve known each other for years. Marvel demonstrates that the multiverse is something they are taking very seriously rather than just a gimmick to draw fans into the cinema.

The film ends unconventionally for a Marvel film, rather than the classic trope of a happy ending or wrap up of the series, it takes a note from Avengers: Infinity War – the world, his loved ones and anyone who has known Peter Parker is Spider-Man have forgotten him. While this is a rather tragic ending for the character, it sets up endless opportunities for where the character can now go and with SpiderMan 4 already said to be in development, we eagerly wait in anticipation as ever to find out.

Whether you have watched the previous Spider-Man iterations or not, this film is a feel-good, nostalgic wonderland. A must see this winter!