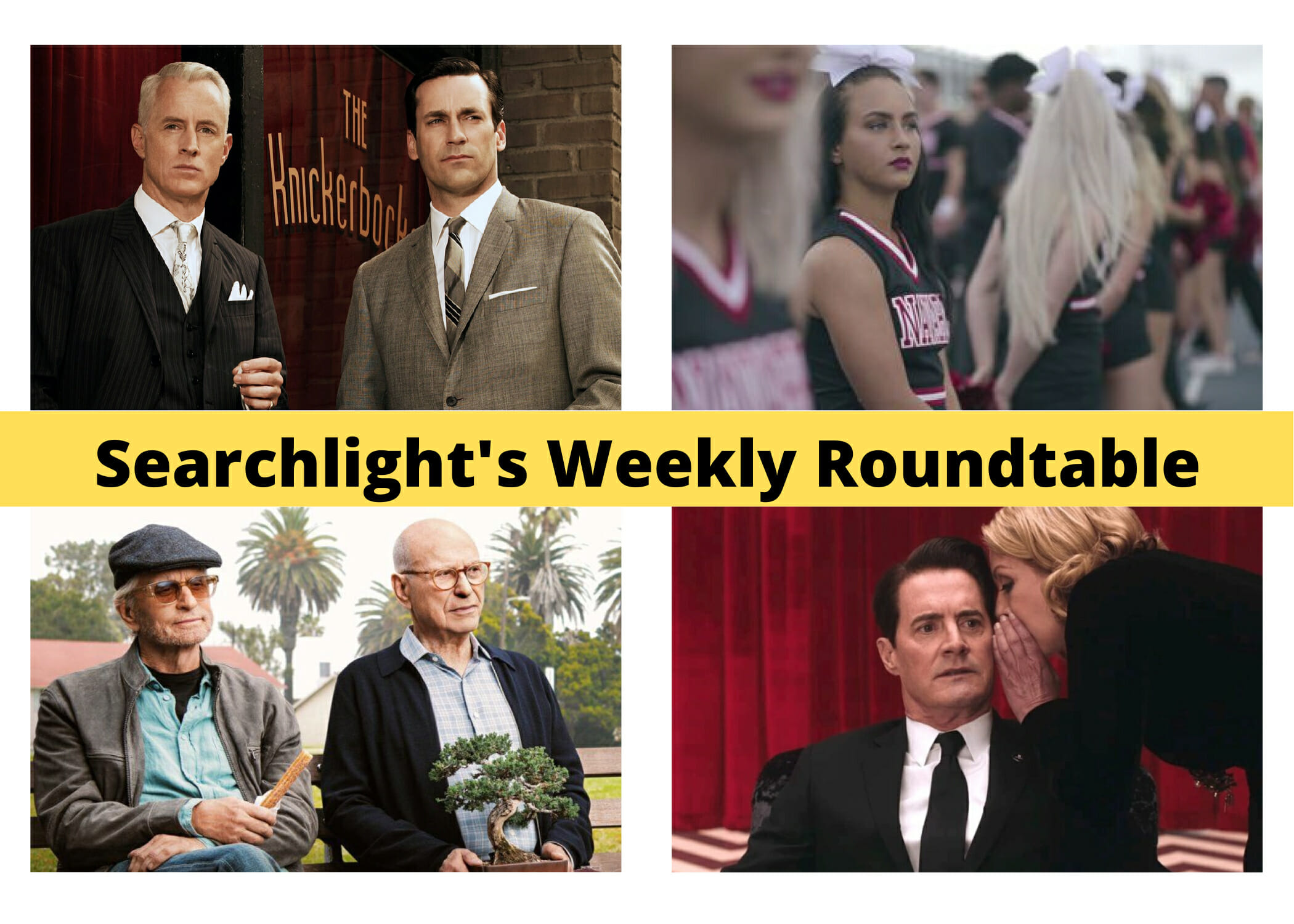 It may seem hard to grasp now, but this will pass. History is littered with examples of struggle, turbulence and ultimately triumph. When it does pass, we’ll find ourselves in the world after, looking back at the world before. We are already finding ourselves re-contextualizing what we held for granted, and deeply appreciating what we have. What do we have? Well, time, and so much of it.

For many, indeed most, we are finding ourselves stuck inside almost all day, everyday. When confronted with so much time and so little space, it can seem daunting, which turns to frustration and finally – boredom. Yet, there is no need to feel this way, we live in a time of so much connectivity and entertainment at our fingertips, there is a wealth of things to do.

At Searchlight, we are all finding our own ways to pass the time, this week we’ll take a look at some of the tv shows we are currently binging, from the classics to the modern:

There is a lot of good television, there is even more great television, but Mad Men stands alone. Created in 2007 by Matthew Weiner (showrunner of The Sopranos), this is a story of a team of ad men, following them through the highs and lows of a defining decade – the 60s. Focused on the character of Don Draper, an archetypal American standard, the type of man on the surface all want to be, but no one can – including Don himself.

The newest show in Netflix’s vast library, and quickly proving itself to be a smash hit. Following the trend of docu-series, and fusing it with the sports genre is an appealing combination. It tracks the careers of Navarro Colleges cheerleaders, as they prepare for one of the most important moments of their lives.

Everyone likes the 80s, right? Well we certainly have since Stranger Things dominated our lives, setting in motion a new fascination with the decade. Highly stylised, appropriately so, as this explores the African and Latino LGBTQ ballroom scene in 1987. It charters the beginning of the luxury world and the society surrounding it.

Faded legends are always interesting characters, and surprising rich for comedic value – this is no exception. Following an aging actor who has turned to coaching, it’s fuelled by the ironic star power of Michael Douglas and Alan Arkin. More of a knowing wink than a point and laugh – sharp and witty and great for anyone who understands the business.

A self-confessed guilty pleasure, and perfect nonsense escapism – it’s hard not to find it appealing. Going strong with 8 seasons now (so plenty to keep you occupied), it keeps up with Section 20, a British special forces unit – one mission at a time. Filled with big explosion and bigger egos, its feels like a throwback, and we all love a good throwback.

In truth I would have gone for Mad Men, but I am, in one way of another, always watching it so it would be unfair. That goes for Twin Peaks too, however. Part drama, part comedy, part surrealist nightmare – all gold. Where to even begin with this? To the uninitiated, it can seem like a standard whodunit, but with The Return, every second is an enigma wrapped in a puzzle. Totally unique, and joyously baffling.