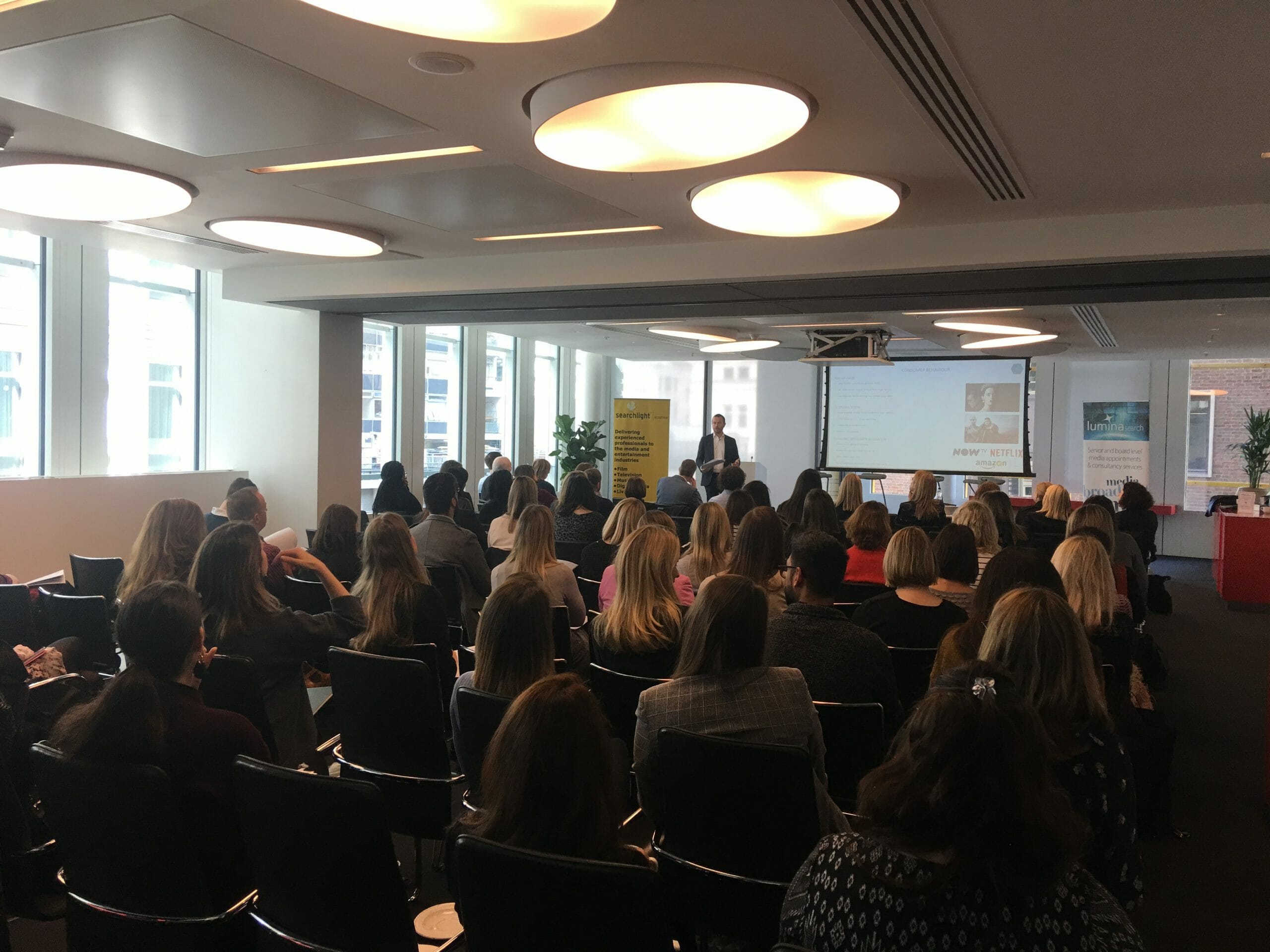 It was our HR Forum on Thursday, which focused on the changing contemporary workplace and the effect it could have on media companies. We hold the HR Forum every other year with Lumina Search, and it continues to be a well attended event, with delegates arriving from different sectors and industries within the larger media landscape.

Huge thanks for NBC  Universal  for hosting us this year, as well as our sponsors, Lewis Silkin and Grapevinejobs. Everyone came together for a really insightful day, listening to sessions on the media landscape, gender pay, employee practices and the future of the workplace. We had speakers from A+E Networks, Ofcom, Creative Diversity Network and Twickenham studios as well as our host and sponsor speakers from NBC Universal and Lewis Silkin. We can’t thank our speakers enough as they delivered fascinating talks on issues that are affecting the contemporary workplace.

Rob Bell (EVP – International New Media) of NBC Universal kicked off the day’s proceedings with a fantastic insight into the evolving media landscape. Rob highlighted the noticeable boom in popularity for TV drama and how the move from linear to on-demand viewing has acted as a catalyst. He also explained to the audience that, due to the variety of content on offer, it’s no surprise that tech companies like Apple and Facebook are becoming producers of content, in an attempt to profit from the new spectator binge culture.

Up next, we had our gender equality panel. Chaired by Jacquie Hughes (Director of Content Policy) of Ofcom, our panel was comprised of Laura Farnsworth (Partner) of Lewis Silkin, Deborah Williams (Executive Director) of Creative Diversity Network and Maria Walker (COO) of Twickenham Studios. They discussed their own experiences of equality in the media environment and collaborated with audience members in discussions surrounding the legislations and HR practices that exist in the workplace.

We then had Russell Brimelow (Partner) and Alexander Milner-Smith (Managing Associate), both of Lewis Silkin, discussing the burning agenda within media and the effect the newly released gender pay reports will have on the workplace. Russell explained how the reports continue to show male dominance in the workplace, which explains why it’s a widely discussed topic in the current climate. Alexander concluded with a session about the impending GDPR regulations and how to prepare for them, which was extremely helpful considering the deadline is now under 2 months away.

Karl Burnett (VP of Human Resources) of A+E Networks followed, and explained how A+E Networks won the 2018 Broadcast Award for Best Places to Work in TV, despite being partially reluctant to enter. Karl pointed towards the staff survey that was internally distributed as a key factor in their success. It showed an extremely high satisfaction amongst employees towards their roles and the workplace itself, and accredited the company’s culture behind the exceptionally high survey results.

To close proceedings, we had James Davies (Divisional Managing Partner) of Lewis Silkin discuss the future of work. He provided a handful of statistics that were happy reading for the HR professionals that were in attendance, which perfectly closed the day’s talks . He stated that, in the future, the risk of HR Managers’ jobs going was at a minuscule 1%, when in comparison, telemarketer jobs had a 99% chance of going.

It was a great day to discuss, learn, network and eat, with incredible breakfast and lunchtime spreads provided by NBC Universal.

Endless thanks to our sponsors, speakers and everyone who came along – we hope you enjoyed it as much as we did!