SEARCHLIGHT AT THE EDINBURGH TV FESTIVAL 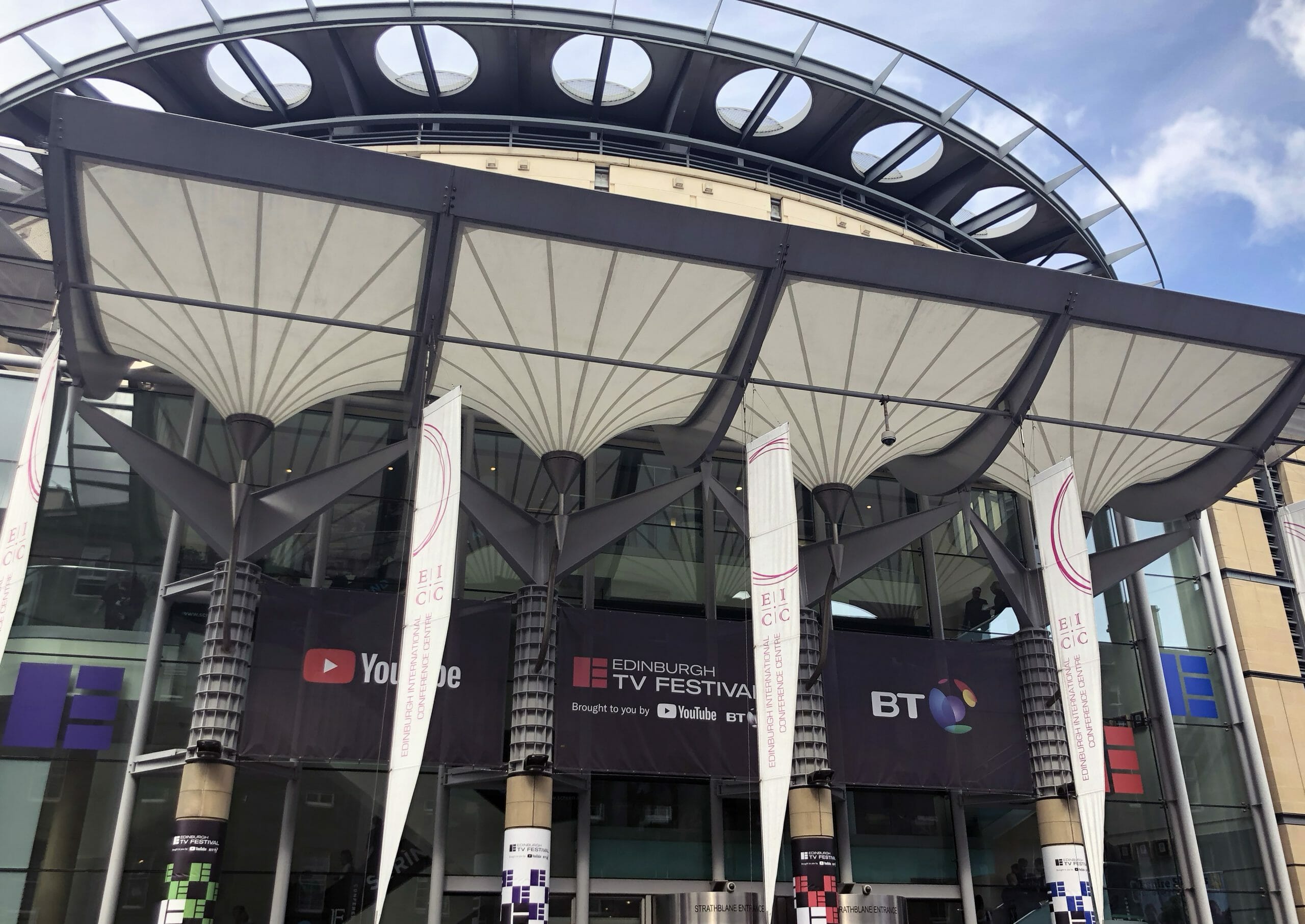 We went up to Scotland to see what was going down at The Edinburgh Television Festival. It turns out a lot was going down, with over 2000 delegates in attendance chomping at the bit to hear the latest news and announcements from various industry leaders and to network like they’ve never networked before.

Searchlight were an Affiliate Sponsor at this year’s festival, sponsoring the Wi-Fi at the event across all 3 days which gave us the opportunity to celebrate creativity, diversity and inspirational talent, and to debate the major issues facing the industry.

Zoe Ball hosted the our first session of the day, and it was full to the rafters. The ‘Meet The Controller’ talk explored the ways in which The BBC are developing and transforming their programming to drive the broadcaster forward. Charlotte Moore, Director of Content, explained how The BBC are always trying to push the boundaries, marking “British content for British people” and building on the fact they had 7 out of the top 10 dramas of last year. She also announced that Peaky Blinders would be moving to BBC1 and that they are working on a Les Miserables series that would be filmed on-site, rather than in a studio.

It’s not just drama that The BBC are focusing on though, with Allison Kirkman, Controller of Factual Commissioning, confirming new documentaries that focus on topics close to home with celebrities like Rio Ferdinand, Chris Packham and Vicky McClure. The Controller of Comedy Commissioning, Shane Allen, also discussed the role that comedy plays in the progression of The BBC, and discussed the new Alan Partridge series and his return to The BBC. There’s certainly exciting times ahead for the broadcaster, as they attempt to adapt to stay competitive in a marketplace that is diluted with content.

Next up was Joanna Lumley, speaking with her long-term colleague Clive Tulloh about her on-screen career. It was a brilliant exploration into what acting was like for a single-mother throughout the 70’s and 80’s, the trials and tribulations of securing a role on a long-running production and how she’s adapted to enter the twilight years of her career.

She’s certainly portrayed a wide array of characters in a variety of different shows. In her early years, she was quite unceremoniously cast as a girlfriend or a sister – never as a leading female character. It was only a matter of time though, as she secured a major part in The Avengers as Purdey, the martial-arts expert spy who could kick her way out of any situation. Absolutely Fabulous was undoubtedly her swansong, portraying the uniquely immortal Patsy, which was a role she actually wanted to contain as she explored other adventures. Recently, these adventures have come in the form of travel shows, one of the highlights being Girl Friday which sees her abandoned on an uninhabited island, having to fend for herself. She ended the session by partaking in a Q&A, revealing that she feels like technology has been the biggest advancement through her career and that Come Dine With Me is her go-to show at the moment.

Last up was Lauren Laverne and the controllers from Sky UK. Zai Bennett, Director of Programmes explained how Sky used to be a mid-level provider of content but now they’re at the forefront of original productions. One of the main recent successes by Sky is their shift towards creating original content, pumping funding into new shows that push the boundaries to make their shows household favorites. After all, this is the most important aspect of progressing as a fee-paying service provider, by giving fee-paying people the content they want to see and creating a long lasting relationship.

When asked about the recent dip in the success of their entertainment programmes, Bennett established that each section of Sky’s output has different timelines. After the re-launch of Sky one in late last year, it will take entertainment programmes to flourish a bit longer than drama and comedy as it’s all about fitting in with the ethos of the channel, and with comedy and drama you know where you stand more than unscripted entertainment. It was also established that pre-watershed comedy just can’t compete with post-watershed, with future shows like The Reluctant Landlord and Curfew reflecting that trend. One word that kept popping up throughout the session was “hooky”, and all of those on the panel believe that you need to be hooked to a show to want to pay for it. It sounds pretty obvious but it’s the ethos that they are using going forward as they try and knock Netflix and Amazon Prime down a peg or two.

We had a cracking time at the festival, and we hope you did too. Thanks to the organisers, speakers and all the delegates that made it such an insightful day and that there IS a hugely bright future for TV and digital content.

Were you there at the festival? We’d love to hear what your favorite part was!