LOUIS THEROUX – A QUICK LOOK THROUGH 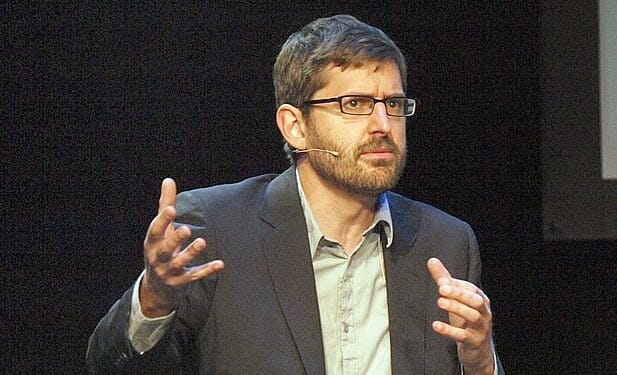 An omnipresent figure on our screens, Louis Theroux continues to unearth more and more controversial topics in contemporary society. For the majority, his discoveries are topics that are rarely talked about in mainstream discussions.  His most recent venture has seen him return to the United States – the place where he started his career as a journalist, and one of the most divided nations on the planet. They can all be found on BBC Iplayer, and they’ve raised a few questions and talking-points about euthanasia, monogamy and adoption. We’re going to have a quick look through his back catalogue, and what makes him one of the most influential and widely watched documentary-makers.

Louis Theroux’s Weird Weekends (1998-2000) was his first venture with the BBC, and it followed under-discussed topics that have fundamental underlying issues. Three stand-out episodes focused on South Africa, wrestling and Black Nationalism, in which Louis throws himself right in the think of it all, exposing the contradictions and unfathomable aspects of certain beliefs surrounding them. In these earlier escapades Louis seems to take more of a backseat approach, letting the weird and unorthodox subjects in the episode to take centre stage.

When Louis Met… (2000–02) marked a bit of a shift by Louis as he gradually became more opinionated on the topics being raised, becoming increasingly penetrative with his questions to try and pry out opinions that may not have been brought to the forefront before.  In each episode  Theroux accompanied a different British celebrity throughout a normal day, interviewing them as they go. Celebrities such as Anne Widdecombe and Chris Eubank were followed, along with the infamous Jimmy Saville episode.

His documentaries (2003… onwards) are what he’s probably most known for. In these special programmes, beginning in 2003, Theroux returned left the British shores and returned back to the states, working at feature-length and in a more penetrative way, showing both sides of an overarching argument, often portraying the persona of a naive fool in order to let the subject slip up and unwittingly reveal more than what they bargained for – much like another British documentary pioneer, Nick Broomfield. Episodes such as The Most Hated Family in America, LA Stories: City of Dogs, Murder in Milwaukee were all underlying sub-discussions in America and how now been brought closer to the surface, all being met with huge critical acclaim.

My Scientology Movie (2016) marked another step in Louis’ conquering of the documentary genre. This longer form of analysis into a controversial subject matter, featured actors “auditioning” for parts playing high-profile Scientologists in scenes recreating accounts from ex-members about actual occurrences. Although the film managed to strike a chord with The Church of Scientology, and their subsequent monitoring and denouncement of the film, Louis had the opportunity to be a bit more intrusive with his questions, with plenty of missed opportunities to ask more about what actually happens behind the scenes in the scientology religion – something that was picked on by certain critics.

The obscurity of Louis’ interests and subject matter makes it’s hard to predict what direction or area he’s going to investigate next. But one thing’s for sure; we’ll be watching.