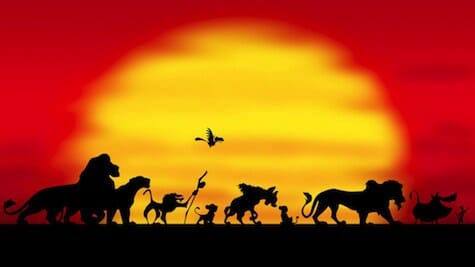 With Tim Burton’s Dumbo in cinemas now, the live action remakes of old Disney classics are increasing in popularity. Despite Dumbo’s opening weekend being slightly underwhelming compared to the forecast targets, most of Disney’s remakes have been incredible box office successes. The live action remake of Beauty and the Beast was one of 2017 highest grossing films taking over a £1 billion USD. Disney currently has seventeen remakes in the pipeline for the coming years. They include some cult classics such as The Little Mermaid and Mulan.

There is an argument against the remakes. Many believe that live action remakes are just diluting the original classics in a tried and tested format to make money. This opinion is understandable in the case of Dumbo. The original had almost a silent movie style elegance with an incredible score which had a running time of only 64 minutes. However, the recent updated version now runs for almost double at 124 minutes. The remake adds multiple new characters to add to the plot and emotional depth. Yet, does this debunk the nostalgia associated with the classic?

Guy Richie’s Aladdin is set to hit cinema screens on 24th of May. Aladdin became a cult classic after its release in 1992 due to the charismatic performance by Robin Williams (Genie) and an Oscar winning score written by Alan Menken. Disney famously reinvented animation, creating stylised drawings making each film wholly unique. For example, within the original animation the use of colour helps create a sense of wealth through the deep blues and purples, which is particularly poignant through the sharp electric blue of the genie. Despite Will Smith’s charisma, his appearance as the genie has a slightly pantomime tone. He enters shirtless painted bright blue. It is a big enough challenge for an actor to portray the gravitas of a omniscient being, but the way Smith is costumed lowers the tone immediately. It makes the performance hard to take seriously, especially in comparison to the original performance of Robin Williams.

However, the trailer for the live action (reimagined animation) of The Lion King has received a positive reaction. A remake of the 1994 legendary film, it will be released on the 19th of July (twenty five years after the original). Disney have employed Jon Favreau who is familiar with large scale productions. He has contributed to the Marvel franchise directing the original Iron Man in 2008. Disney haven’t kept a lot of elements from the original apart from the reprisal of James Earl Jones in his role as Mufusa, and Hans Zimmer is returning to create a new score. The new score is an exciting prospect with some big names from the music industry attached as lead roles. Everyone’s favourite; Beyoncé has been cast as Nala. It appears that she will produce the soundtrack taking on the role that Elton John played in the original. She is starring alongside fellow musician Childish Gambino (Donald Glover) as Simba. Glover is most well known for his song America which stormed the charts last year with its controversial music video depicting gun violence in America. The song and video received four Grammys including Best song and Best Music Video. His current notoriety will be a pull for the younger audiences. The rest of the cast includes some other big names including Chiwetel Ejiofor (Scar), Seth Rogan (Pumba) and Eric Andre (Azzizi). The Lion King is set to be a huge summer blockbuster with a projected forecast of £1.9 billion.

The Question is: Are the remakes going to become classics like the originals, or fall flat? With Disney creating the Marvel machine it feels as though remakes and reboots are fuelling the film industry. Yet, is that necessarily a negative? Not necessarily. The industry has had some eccentric directors enter the scene in the past couple of years. For example, directors like Jordan Peele and Barry Jenkins are opposing this with fantastic original story lines and dynamic cinematography. They are also achieving good box office figures with Peele’s Us taking in £70 million in its opening weekend.

Disney has always been an innovator in animation and it will be interesting to see how the reinterpret their own narratives for a new generation of children.