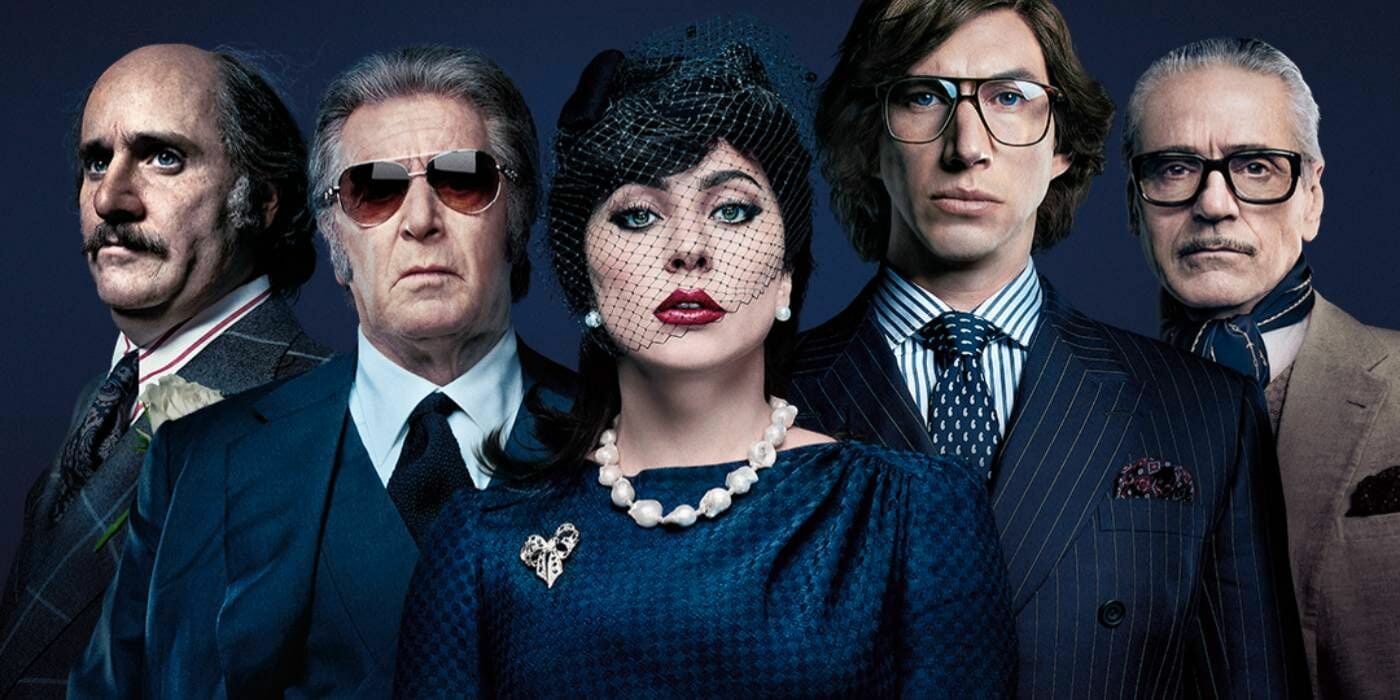 House of Gucci is earmarked as one of this year’s top films to see. It carries all the right components, an Oscar-nominated director and a mixed acting cast of Oscar winners and nominees. Most of the cast are well-seasoned actors, one particularly stands out… Lady Gaga.

Lady Gaga has had several cameos in film and television throughout her illustrious career but had fully burst onto the silver screen when she starred in A Star Is Born. Whilst she has performed for many years on stages spanning the globe as one of the biggest singers, she has yet to acquire experience in the field of acting. House Of Gucci will be her second biggest film to date where she has undertaken the role of the infamous Patrizia Reggiani.

When I saw House Of Gucci, it was clear this wasn’t going to be an ordinary biopic. We’ve seen others made such as Bohemian Rhapsody, Rocket Man and The Life Of Gianni Versace. House Of Gucci has focussed on depicting the life of Patrizia Reggiani who married into the Gucci family and instantly began making waves from within what was a male-dominated industry.

From the beginning of the film, the plot opens with the humble beginnings of Patrizia and her curiosity about the world of fashion. Then quickly stumbling into the arms of Maurizio Gucci who is played by Adam Driver. Lady Gaga plays the role well as she can draw on previous life experiences when making her way to stardom. Lady Gaga also played a somewhat similar role in a previous film and was also able to draw on her knowledge from this. The film instantly starts pulling at a variety of emotions as the drama rapidly begins. You’re enticed very quickly into the archaic world of Gucci which became quite the eye-opener for the viewers into how they used to operate.

It isn’t long before the inner workings of Gucci begin to unravel in front of Patrizia and us as the viewers. From deception to primitive fighting, the passion held within the family has come at a price. Despite the disapproval of Patrizia by Maurizio’s father Rodolfo, played by Jeremy Irons, he continues to marry her anyway and Patrizia begins to make changes to the Gucci dynamic. As the film progresses, the love is what can only be described as very raw and almost aggressive as they are so passionate about what they believe in. Ridley Scott has reviewed every detail into the Gucci family as well as signature mannerisms and deep Italian culture as it clearly shows within each member of the cast.

Throughout what is a rather turbulent rollercoaster of emotion, we as the viewers are left fighting over who to pick sides with. I found myself to be switching between sides at regular intervals throughout as I fought with my emotions almost as passionately as they played them. House Of Gucci left me overwhelmed with more emotions than I could describe as you battle intensely with the cast, feeling every word they say. This is an expectation I had carried with me knowing it would be such a star-studded cast who have all each shared their successes and accolades.

In the end, I was left with a perpetual reckoning of my own emotions, not only because they managed to pull off such a magnanimous storyline but one that is completely true. Lady Gaga has played off a character who is still walking the earth today and something of that magnitude cannot be ignored as it seems to be rare. Very seldom do we ever remember those who are living, we tend to celebrate their achievements when they are no longer with us. The end of the film is just as dramatic as the beginning and you begin to question your morals because it’s very easy, as the viewer, to slip into their shoes and question your own moral compass.

You can see how Ridley Scott has been limited with his choices to stay in keeping with the authenticity and accuracy of the real-life events but it never stopped him from slamming in some unforgettable lines. He also chose wisely to source the wardrobe from within the previous archives of Gucci. The wardrobe choices alone send us back to a time of classic Gucci couture before modernisation took place within the fashion house.

As for the multitude of locations, it’s clear to see no expense was spared. Whether this was a choice remains unclear as I imagine it would have been difficult to film in several places due to the ongoing pandemic and also the sensitivity surrounding the original scandal in certain areas. Ridley still managed to succeed in capturing footage in some original locations which confused the locals during filming, most notably the arresting officer of Patrizia who genuinely thought she had returned once more to the scene of the scandal.

In terms of choice, I think it’s safe to say I expected more. This could be because having a global singer as part of the cast, led me to believe there could be something fantastic on the horizon but sadly there was not. Either way, it wasn’t detrimental to the atmosphere of the film as it was very easy to jump into the silver screen and feel at home with the Gucci family.

It was easy to become a part of the film, joining the cast as part of the Gucci family and almost becoming a primary witness with a great deal of up close and personal shots. For many so far, including myself, it could easily have been them talking directly to us as if we were the only ones there. It made the scandal feel more realistic to us as the viewers, allowing us to become deeply involved with the web of deceit, gossip and lies as well as the raw power of love and the bitterness and jealousy that comes with it when you love somebody so deeply.

In short, the film is a must-see. The film certainly has one or two flaws but can be easily ignored for the excellent direction and fantastic array of acting. It is highly anticipated for a reason, the world has a morbid love of deceit and drama. For us as the viewers, the pendulum of choice begins its dance between the choice of right and wrong. Whilst the scandal remains a very fresh memory for some, it leaves the rest of us questioning how we perceive ourselves. The thing is, what side do you take?

If you haven’t seen it yet check out the trailer.