FOR THE LOVE OF FILM (A SNAPSHOT OF CINEMA IN LOCKDOWN) 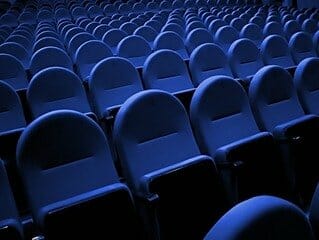 Every industry has been hit by the current crisis, it has led to great change, innovation and iteration across many sectors and organisations. One industry, however, has been particularly effected – cinema. With the announcements of Cineworld temporarily closing all its venues and Vue following with a closure of 1/3rd of theirs, there is no mistaking the difficulty the business is facing. However, it isn’t hopeless, and indeed, there is still good news to be found, and plenty of it. Here is a snapshot of cinema in lockdown.

This is an unusual situation cinema finds itself in, the issue is lack of attendance, but it isn’t due to lack of interest. There are plenty people that want and miss going to the cinema, so theatres are stuck in a difficult situation. Yet, films are still being made and they will release, if not this year, then in the next.

Earlier this year, there were hopes that Christopher Nolan’s new tentpole picture Tenet would be the film to save UK cinemas. At the time of release for this article, Tenet has amassed £15,948,191 at the UK box office. While this cannot be compared to box office figures pre-lockdown, it was definitive proof audiences are willing to return to cinemas, despite restrictions and changes.

The question is then, why are so many films still being delayed? The latest announcements are that Bond, Dune and Batman will all be delayed at least a year – deflating news, but not necessarily the deathblow to film as we know it. 2021 is already looking to be one of the most crowded years for blockbusters, from Black Widow to Ghostbusters, Godzilla to Wonder Woman, it’s a year audiences will be spoiled for choice, and a year audiences will be itching to return (as hinted at through Tenet’s release).

The challenge now is for cinemas to weather this winter of discontent and be there waiting for us in 2021.

Beyond the major cinema chains lay a foundation of independent theatres spread across the country. At a passing glance, they may seem to be struggling more than most – yet amazingly, they are not. Independent cinemas across the UK and seeing a surge in attendance and support from cinephiles and local attendees alike.

It is a truly uplifting piece of information, and a welcome one, but what does this show us? One tactic cinema has been using is screening older films again, be it blockbusters from the last couple of years to fan favourites. Memories of Murder, a 2003 film by Bong Joon-Ho (Parasite, 2019), has been a favourite among independent cinemas. From the Prince Charles Cinema in London to the Showroom Cinema in Sheffield, audiences are supporting their local cinemas.

Cinema has a glittering lure, the space, atmosphere, lights and sounds, it is truly unique and often at its best in independent arthouses. Most of which have set up support schemes and ways to donate, make sure to search your local cinema and see what you can do to help them beyond buying a ticket.

They’re not all Leaving

It may appear to some that cinemas are devoid of new releases, and it is understandable to think this way, the news surrounding them is exclusively announcing delays. Yet, there are still some major releases in 2020. Here is a brief look at three of them.

Starring Elizabeth Moss (Mad Men), this is the story of American horror writer Shirley Jackson, as she and her husband find inspiration for her new book after taking in a young girl.

Yes, you read that right, this is a sequel to the 1988 comedy Coming to America. Akeem must return to America when he learns of a long-lost son, the heir to the Zamunda throne.

The magic of film is how it can bring people together, both in the making of and spectating films. Cinema needs people to come together more than ever. Everyone enjoys films and trips to the cinema, we need to come together now and make sure that cinemas across the board, chains and independents, have our support.