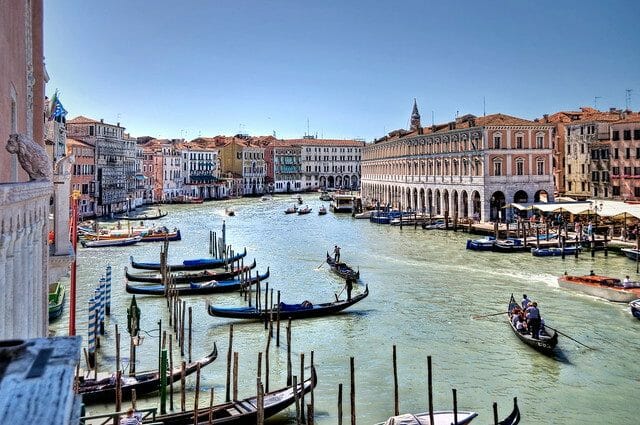 With the sun setting on the glamorous Venice film festival and rising on the prestigious Toronto film festival, it’s official – the Oscar race has started. With the Academy Awards telecasting in February this year, it means the countdown is on. The Venice film festival is normally a reliable predictive tool for what and who will be nominated or win an academy award. Last year Olivia Coleman was awarded the Volpi Actress at the festival for her role in The Favorite. She went on to win a surprise Oscar.

This year, Venice boasts some big-ticket premieres such as Todd Phillip’s Joker, which is positioning itself to be a festival highlight. Joker centres around the infamous villain in an original standalone fictional story which has never been featured on the silver screen. The film explores the life and mind of Arthur Fleck (the man behind the paint) who cannot seem to find his feet in the modern world. The film deviates from the stereotypical villain movie focusing in on the treatment of the mentally ill in contemporary society, and the ominous effect of widespread gun ownership. Already attracting Oscar whispers, Joaquin Phoenix’s performance is set to be astounding. Phoenix has the critics raving over his control in the performance, depicting an unhinged mind while not allowing himself to fall in the caricature net. From the reviews, it seems the Volpi Cup already has his name on.

After the controversy surrounding Roma last year, there has been a focus on the films which the SVOD services have created. Netflix has entered the long road to the Oscars with two heavy hitters: Marriage Story and The King. The writer and director of Marriage Story, Noah Baumbach, is no stranger to the awards having been nominated for Best Original Screenplay for his 2005 work The Squid and the Whale. However, Marriage Story is said to be his best work yet. It is more of an observation then a movie, making the audience become a voyeur to a splintering marriage with compassion and honesty. Scarlett Johansson and Adam Driver are set to be a perfect duo; playing between tension and release to reflect the mixture of emotions surrounding such a large decision. The understated and simple film has already secured 100% on Rotten Tomatos from the festival. From the subtle to the sovereign, Netflix’s second runner is period drama The King starring Timothée Chalamet, Robert Patterson and Lily-Rose Depp. The grand and gloomy piece opens with Hal the drunk prince of Wales (Chalamet) and follows him as he ascends to the throne as Henry V. It depicts the deception and disparity that war causes within any civilization, using historic drama tropes of glorifying violence and triumph. The King is getting mixed reviews as an overall movie; however many critics seem to be giving Chalamet Oscar nods for his performance. One critic even went as far to say “it’s not just about how fascinating the role is — the film is capturing the elevation of his stardom.”

Finally, a mention has to go to The Painted Bird whose graphic and shocking nature caused half its audience to leave in repulsion. The film itself is directed by Václav Marhoul who creates a beautiful black and white visual feast depicting a ‘stray’ Jewish boy who has fled to Eastern Europe to avoid the German occupation. The main take away from the reviews is this could be a monumental piece of cinema but you have to sit through it first. In other words, it’s dark, it’s grisly and it’s gruesome. Marhoul shot the film over several years, so Petr Kotlar, who plays the boy, physically ages as the movie progresses. It hasn’t been tipped for award success, but it is certainly evoking strong reactions.

On a lighter note, I have a list of other films that showed at Venice to keep an eye out for Award season bets.

Brad Pitt stars as an astronaut who is searching the edges of the solar system to find his missing father and uncovers the secrets that threaten human life on earth.

Inspired by true events about activist and actress Jean Seberg, who in the late 1960s became the focus of the FBI due to her political and romantic involvement with the black panthers.

Maryam is an ambitious young doctor working in a rural clinic in Saudi Arabia where she faces disrespect from both male colleagues and patients. Then, she stumbles across an application for her local city elections…..