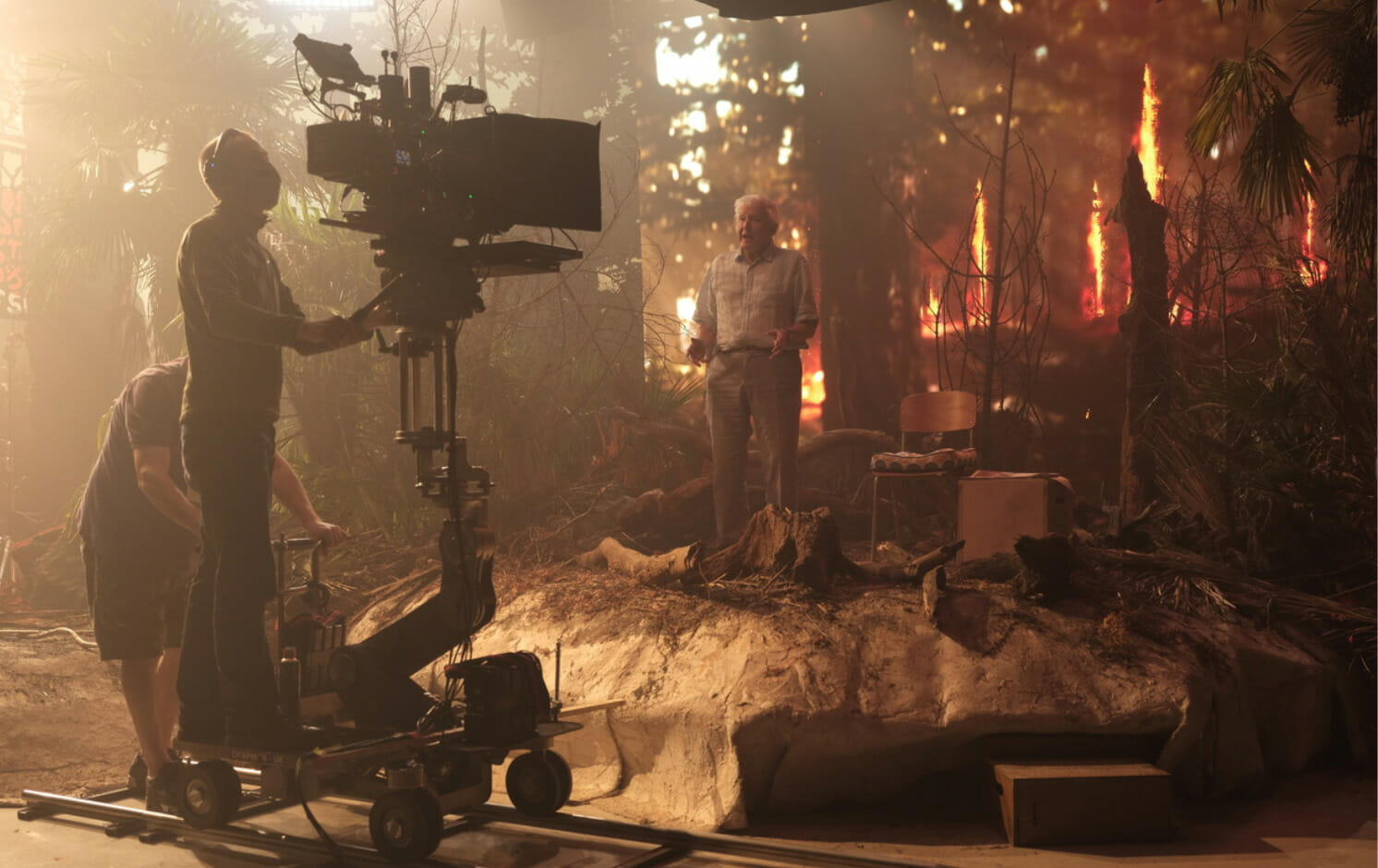 There has always been an evolution in the art of filmmaking. In recent years, productions of all sizes from multi-million dollar films to small content creators, have been utilising Virtual Production technologies in a variety of ways.

To provide some context on the current state of production:

It’s clear the TV industry has a long way to go before becoming carbon neutral (if true neutrality is even possible), but new data shows that Virtual Production can be a powerful tool in doing so.

The use of LED walls and Unreal Engine to create in-camera VFX was pioneered in the first season of the Mandalorian and has exploded as an industry since.

Reports from large international TV production businesses suggest if Virtual Production negated the need for travel or huge set pieces to be built, the potential savings could be colossal.

With virtual production using LED walls you can create any location in 3D. This is projected in real-time onto the LED wall the parallax effect allows us to ‘look around corners’ when the camera moves.

Once a digital set has been designed it means it can be stored and reused with relative ease, removing the use for large-scale set pieces to be built and destroyed (due to the lack of storage potential).

One of the most notable differences between Virtual production and the comparison to traditional location or studio shoots is the enhanced streamlined pipeline. This significantly reduces timeframes for project deliveries and therefore ensures welcome cuts in costs and carbon usage.

Virtual Production has only been around for a short while, but already we are seeing it used in a variety of productions, with new VP stages being built all over the UK. As we look towards the future, Virtual Production will certainly help with numerous production issues, the most important being reducing the industry’s carbon footprint.