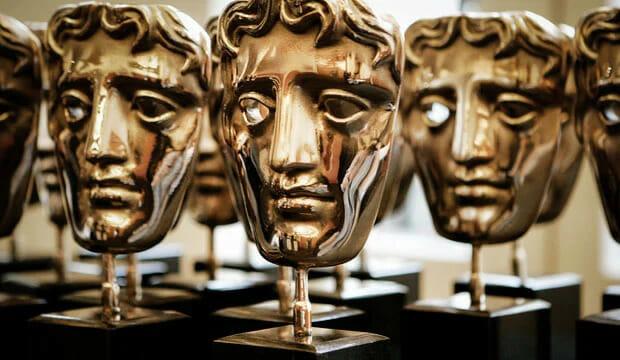 It’s that time of year again when the Bafta’s kick off the awards season. In recent years, award shows have begun to struggle, with viewership dropping for many. In part, due to a lack of interest in the ceremony and a lack of diverse representation in the awards.

Thankfully this has been shaken up this year with nominations such as Mahershala Ali for Best Actor in Swan Song and Everybody’s Talking About Jamie for Outstanding British Film. In truth, when we began making guesses amongst ourselves from the long list, no one could have predicted what would have made it onto the shortlist. Yet, here we are and with some stand out nominations and some confusing us as to how they even got on there, let’s dive into this year’s nominations.

Leading the pack this year is Denis Villeneuve’s sci-fi epic Dune with eleven nominations, followed by Jane Campion’s encapsulating The Power of the Dog with eight and not far behind was Kenneth Branagh’s powerful film Belfast with six nominations. It was surprising not to see Belfast with more nominations we were expecting the film to pull in more recognition for its excellent work.

Nonetheless, it is no surprise that Dune has dominated the awards this year, a thrilling cinematic experience, if it does dominate the awards season this year, it will be no shock.

However, there have been a few snubs this year. Firstly it was unexpected not to see any form of recognition for Kristen Stewart’s role in Spencer. Although the UK audience can be highly critical of portrayals of Diana, we were expecting at least a nomination onto the shortlist. What makes this snub a little confusing is the nomination of Lady Gaga for her role in the House of Gucci. A good performance from the singer turned actress, but confusing when notable performances from Olivia Coleman in The Lost Daughter and Jennifer Hudson in Respect, have not made the cut.

We then have to discuss the lack of nominations for critical box office successes this year.

No Time To Die has five nominations, picking up a nomination for Best British film, a fantastic achievement in itself. However, it is a shame not to see Craig being acknowledged for his final outing as Bond, giving (in our opinion) his best portrayal of 007 to date.

A film missing from the nominations is Marvel’s Spiderman: No Way Home. Superhero films tend to go unrecognised at award ceremonies, and entry requirements were unfortunately not met this year. Spider-Man boasted a stellar cast of veteran actors, a well-told story and excellent cinematography, all culminating in the highest box office taking during the pandemic, not to mention the 4th highest box office taking of all time. An acknowledgement of the work Spiderman has achieved to bring people back to the silver screen would be good to see.

What is most surprising is the sheer amount of nominations for Adam McKay’s, Don’t Look Up – a well-meaning film marred by heavy satire at points. With such a stellar cast and interesting premise, this film could have been so much more than it was.  With a nomination for Best Film and Leonardo DiCaprio being nominated for Best Actor for his role. Don’t Look Up, unfortunately, falls victim to patronising its audience rather than bringing attention to a serious cause. It would be quite a shock for the film to convert these nominations into a win.

There is a real mix for this year’s Bafta’s of very credible nominations, marred with some unexpected nominations. We would guess that Belfast and Dune will manage to convert the majority of these nominations into wins. One big takeaway this year is to see a better range of diverse nominations, it is clear that Bafta intends to carry out its promises.

What are your predictions for this year’s Baftas?

The awards taking place on Sunday the 13th of March and we will be keen to see if our predictions line up with reality.