AN HONOURABLE MENTION TO CONVENTIONS 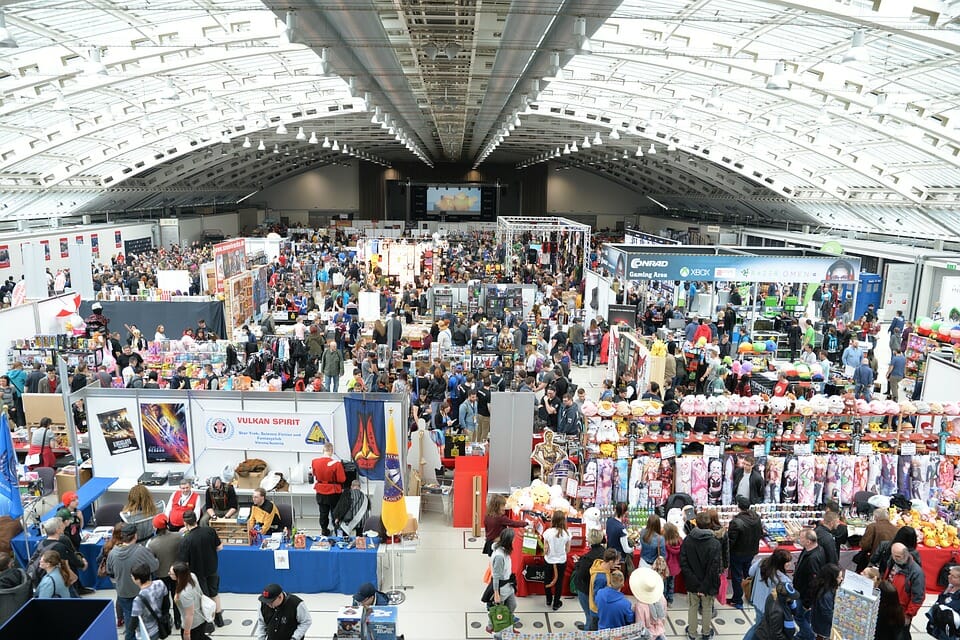 Conventions are a great way of delving deeper into something you love, surrounding yourself with like-minded people, needless memorabilia and in most cases, renown people that are involved in the show/genre/game. We’re going to take a look at why they’re such popular and why they remain significant, not only for the actual industry they promote but also to the adoring fans.

The most prestigious convention in the world has got to be Comic Con in San Diego. It’s a multi-genre entertainment and comic convention that features high-profile panels of performers, artists and commentators. This year, AMC are taking a huge posse with them to Comic Con, with the cast and creators of Fear The Walking Dead, Breaking Bad and Better Call Saul appearing in front of their loyal enthusiasts, with the latter premiering its latest season opener. Comic Con is on 19th Jul– 22nd  July, 2018.

The convention craze has hit The UK too, with cult classic programmes like Only Fools & Horses holding gathering throughout the year, appearing in numerous locations that have a connection to the timeless sitcom. The next one is in Hull, the location for one of it’s most acclaimed episodes ‘To Hull and Back.’ There will be special guests, autographs, displays, exclusives and photo ops which helps maintain the relationship between the show and its viewers for years to come, even though the programme ended some years ago. Only Fools & Horses Hull Convention is on 27th & 28th October, 2018.

The London Film Fair is also a very well attended British convention, which is now in its 45th year. It’s line-up of cult sci-fi actors will have fans flooding in from all over the country. The organisers will be sure to not make the same mistakes as what happened at ‘Tanacom’ though, a ginormous convention that attempted to connect YouTubers and fans. 5,000 tickets were sold for the 3,000 person hotel in California, and 20,000 showed up on the day causing the convention to be shutdown. London Film Fair is happening tomorrow, 30th June, 2018.

Who would you like to see have reunite if you were to go to a convention in the future?