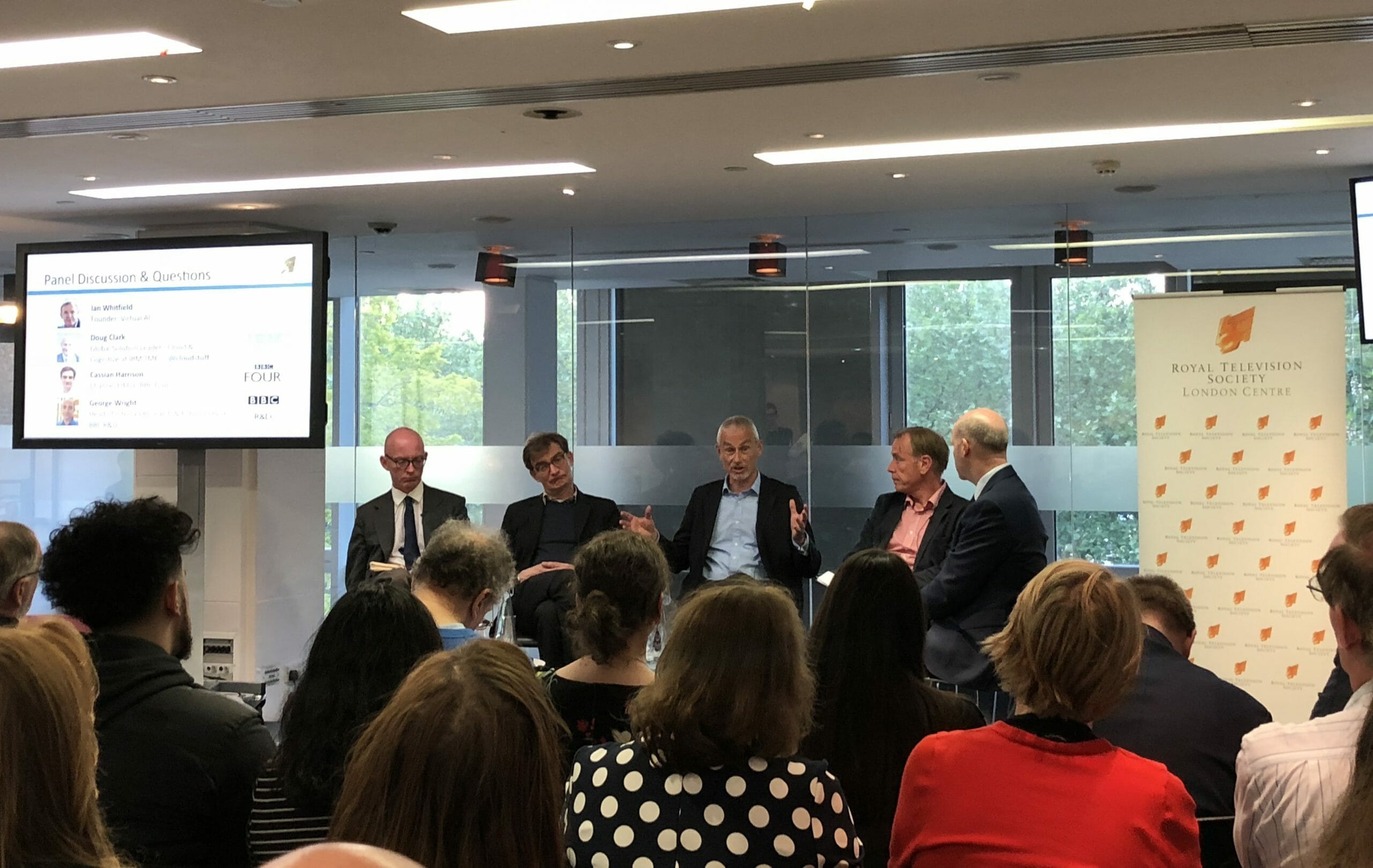 Searchlight attended the last ever Royal Television Society event to be hosted at the ITV studios, AI in Broadcasting: Added Insights and Creative Help. It was a fascinating event which explored the ways in which Artificial Intelligence could positively effect the media industries, the limitations of it and when and how it’s going to be introduced to the creative environments. Chaired by Andrew McIntosh, the Head of Television Analysis at Enders Analysis, the night consisted of micro-presentations and a Q&A panel session to round off discussions.

Ian Whitfield, the founder of Virtual AI,  kicked off proceedings with a presentation that introduced AI to the audience. He began by explaining that AI is simply the action of teaching a robot to do what humans do and that is the way it should always be – one of the main topics that flowed throughout the evening. He also summarised by explaining how the prices of AI are beginning to drop considerably in this ultra-technological age, compared to the mind-blowing costs during the 60s and 70s.

Doug Clark, Global Solution Leader of Cloud and cognitive, stepped up next and discussed the innovations that IBM are working on. Watson Video enrichment was one of these which allows a robot to translate verbal on-screen material into subtitles, cutting out time and labour. He closed by saying that Vodafone users who speak to someone on their app, are actually speaking to a robot, showing how far AI has come in terms of the humanisation of its output.

Cassian Harrison, the Channel Editor for BBC Four, and George Wright, the Head of Internet Research and Future Services concluded the presentations with an insight to how the BBC are starting to use AI. Harrison wanted to analysis the shift in trends within The UK Top 40 over the last 50 years. This subsequently showed that guitar lead songs transformed into electro, then onto disco and finally into hip-hop, annoying quite a lot of punk-enthusiasts in the process.  Wright concluded that AI should always be controlled by humans, stating quite hilariously that “if your AI isn’t controlled by a human, you’re in trouble!”

The evening was rounded off by an excellent panel session, which explained that AI is a brilliant way to save time, labour and could possibly even improve the experience for the consumer, beyond what a human could do. All of the participants of the evening concluded that AI should exist to allow humans to focus on what they can do best, performing tasks that humans can do but robots can’t.

Thanks to the RTS for orchestrating an amazing evening, to ITV for hosting us for the very last time and to the guest speakers who gave us a deep and entertaining insight into the weird and wonderful world of AI.