A Sit Down with Jade Tan- Director of Programming at Shorts 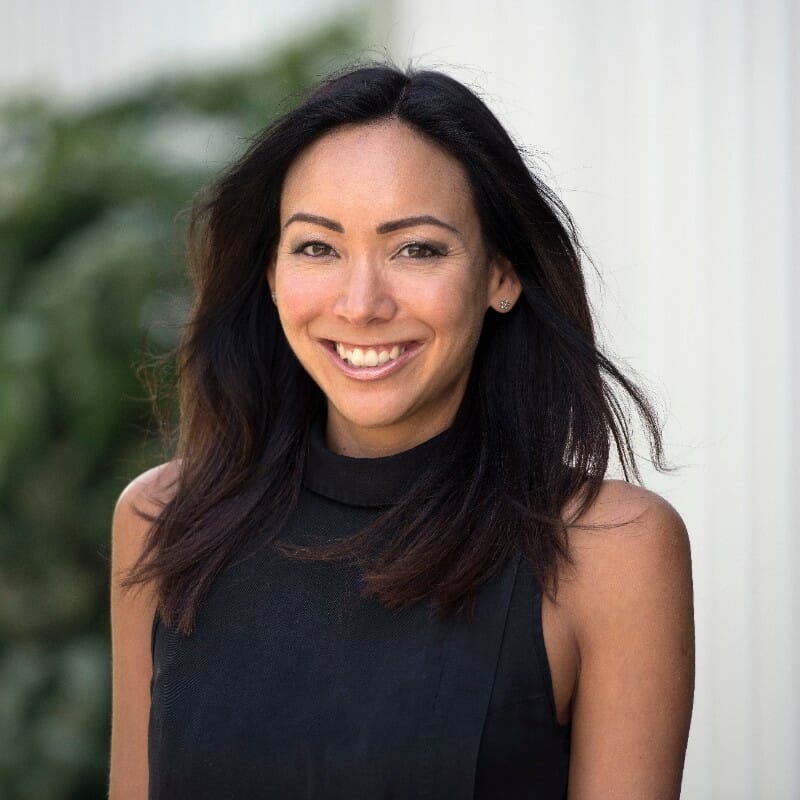 We had the joy of chatting with the accomplished Jade Tan, Director of Programming for Shorts TV. Jade tells us how she has settled into her new role, what life at Shorts is like and working with Cathy and the Searchlight Team.

Jade has an impressive story, one of hard work and determination, proving if you put the work in and build solid relationships in your career, you can go far. Graduating from the University of Manchester with a degree in English Language and Literature, Jade wasn’t sure what she wanted to do with her career. Knowing she didn’t want to become an English teacher, Jade thought about where her true passion lay and she kept coming back to the same thing – content! More specifically, TV and Film. Jade’s love of film stemmed from her earliest memories of watching Snow White at the cinema with her Grandmother, it is these memories that solidified her passion for film.

Jade was lucky enough upon graduating to be offered a role temping for Sky on a three-month contract. What followed was a case of being in the right place at the right time and showing hunger to learn, and Jade was brought on as a full-time scheduling assistant. From there, Jade’s career progressed rapidly in a somewhat classical sense, rising her way up through the ranks, becoming a very successful Head of Planning for Sky Cinema. After 17 years there, she felt it was time to take on a new challenge, and sought new learning and development opportunities elsewhere, closing the Sky chapter of her life to set out on a new journey.

Jade has spent a good portion of her working life at Sky, progressing to becoming an integral part of the company. Although an incredibly busy woman, Jade always found time to work on causes she believed in. Co-Founder of the Multicultural employee network at Sky, Jade helped create strategies focused on helping employees from ethnic minority groups progress in their careers through networking events, panel discussions and mentoring opportunities. By the time Jade had left, the network had grown to well over 1,500 members and has continued growing to this day as part of Sky’s diversity drive.

The Search Process for Shorts TV:

Following a stint working with a local charity managing volunteers as part of the nationwide Covid vaccine roll-out, Jade was approached by our Managing Director Cathy for a role at Shorts TV – Director of Programming.

In a way, the role aligned with what Jade had been doing with Sky, however, it also presented a whole new range of challenges, including the opportunity to work on a more global basis with channels in the US, Europe, India and Latin America. The more research Jade did, the more interesting the role appeared.

“I found Cathy great to work with, if it hadn’t been for her getting in touch, I would have never spotted this job. Being a woman you can sometimes focus on the parts of the job spec you don’t have quite enough experience in rather than the 90% you do!

Cathy was helpful and supportive in terms of reassuring me that I did have the right skill set and that I was more than capable of doing the job”.

Life as the Director of Programming:

Jade has only been with ShortsTV for over a month but is already beginning to make waves in the business. We discussed what it was like moving from a very large organisation to a more independent business:

“It’s a very different way of working, it’s more like a kind of startup energy, I would say. But the positive is that you get to make a much larger impact. I stepped into a director role which is exactly what I was looking for, running a bigger team and working in a global context rather than just in one territory. Shorts TV is the dynamic environment I was looking for when exploring my options. It’s nice working for a company where you know everyone’s names and the shorter commute means a healthier work/ balance.”

So far, Jade’s journey has been about bringing a more structured approach to programming and scheduling operations, including the implementation of a 12-month content roadmap. Greater forward planning means being able to properly promote and support key business priorities that will help drive viewing with the channels and engagement with the brand.

“We’ve been looking at a whole range of upcoming events to tie our programming to including film festivals, awards season, film releases as well as key anniversaries and celebrations that tap into the zeitgeist. We have a fantastic, diverse catalogue of films – it’s up to us to curate them in interesting, compelling ways and to create marketing hooks for us to talk to our customers. Shorts were already doing this but I’m keen to push even further. Things we have planned for example are a season of environmental films around Earth Day and a women filmmakers showcase around International Women’s Day.”

One thing Jade is certain to crack early on is understanding their viewer base:

“What are our viewers thinking? What are they watching and when? How does our brand come across to our viewers? How does this content that we’re scheduling come together? Does it make sense as a whole, it’s quite hard with some of our short films that are four minutes long. So the challenge for us is how do you keep people watching? Especially on our channels with advertisements. So, it’s about creating compelling and interesting links between those films as well as acquiring the right films in the first place.

Jade has a plethora of ideas that she is bringing to the party, and we’re sure she is going to do an incredible job of revolutionising Shorts’ content.

Advice For Those Breaking Into The Industry:

During her career, Jade has already ensured that as many opportunities are created for those looking to break into the industry. Whether that be her work with the multicultural network at Sky or the mentoring work she carries out with Screen Skills. We wanted to know what advice Jade could give to those looking for their big break, and she didn’t disappoint:

We hope you enjoyed reading this interview with the Director of Programming for Shorts TV, Jade Tan. It was great hearing from Jade about her years of experience in the industry, going from strength to strength. We’re sure she will have a huge impact on Shorts TV.

We love catching up with the candidates we place. Being able to hear about Jade’s plans in her new role makes the work we do even more rewarding.